(Title photo: Summer Aronson works with a translator to interview a traditional birth attendant in Haiti. Photo by Cheryl Hanna-Truscott)

1. The work is excellent.

What consistently sets Midwives For Haiti apart is their approach. Unlike one-off medical missions common in developing countries, MFH trains Haitian skilled birth attendants to build health worker capacity within Haiti. The whole point of MFH is to educate and train more SBAs so that MFH no longer has a role in the country; we’re trying to work ourselves out of a job. The result of this approach not only improves and strengthens the existing health systems in Haiti, it has far reaching economic consequences for the women they train (graduates of MFH are highly sought after and many are the sole breadwinners for their families). These empowered women then touch thousands upon thousands of mothers and babies every year with loving and often life-saving care. The ripple effect of this approach is massive. MFH is the real deal.

2. This organization has high standards and huge integrity.

If a donor specifies that they would like $100 to go to a specific project, rest assured that is exactly where the money went. Our admin team works very, very hard to ensure transparency and accountability and this sense of responsibility is shared across all staff and the Board of Directors.

3. We have the best community of supporters.

Over the years, I got to know many donors and volunteers. Their commitment- through time, money, and energy- to support this work was so humbling. We have a small but strong army behind us and that means everything when the going gets tough, which it often does. 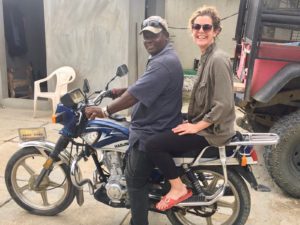 4. No one who works for MFH does it for the money.

They do it because they believe in the work. Like most non-profits, staff at MFH are over-worked and under-paid. Over the years, I marveled at how we were able to attract and hire great people despite not being able to pay much. And we need great people to grow smart. When I first began, there were only two paid American staff. When I left, there were eight. MFH also employs over 50 Haitians, most who probably started with us for the money (jobs are scarce in Haiti), but who also feel such pride knowing that they are part of this effort to save the lives of many mothers and babies.

Despite the excellent reputation and a track record of success, MFH is a small fish in a big pool of development orgs. MFH is actually doing the work that creates sustainable change, but securing funding for such a small, grassroots organization is a constant struggle. So it was always wonderful when MFH was recognized in major publications like the Washington Post, The Guardian, and Marie Claire to name a few. And every story that came back to us of a graduate somewhere in the country saving the life of a mother or resuscitating a baby because of her training – and there are so many of these stories- filled our hearts and resolve. These highs were tempered by financial worries, the challenges of Haitian bureaucracy, and sometimes, unimaginable tragedies. We lost one of our own staff, Carrie Wortham, in a tragic bike accident at the age of 25. Her death was, and continues to be, devastating to us all. A few years later, one of our students, Guerline Adeka, died two days before her graduation and a week after giving birth to her first child– to complications of childbirth. To lose a student, a new mother, to the very issue we are fighting was something no one ever could have imagined. When I heard what happened, I got on the phone with our director in Haiti, Brandy, to get the details so that I could put out a statement. Brandy and I could barely speak because all we could hear was Guerline’s classmates screaming and wailing as they learned their friend had died. That is something I hope no one ever has to experience again.

Summer Aronson served for 5 years with us as Marketing and Communications Director. All of the updates, stories and photographs that have come to you online are a result of her hard work and commitment to the women of Haiti. Summer has been able to see how much we have grown over the last 5 years by putting to use the generosity of our donors and partners. Her love of international public health and maternal healthcare are now taking her away to midwifery school. We cannot wait to welcome her back to Haiti as a midwife volunteer!

“THOUGHTS ON ABOVE, FEET ON THE GROUND”

WHAT’S LOVE GOT TO DO WITH IT? 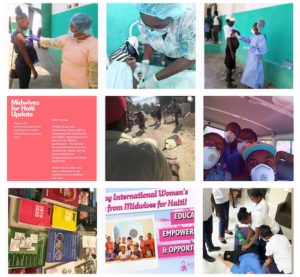